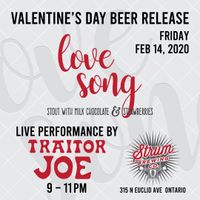 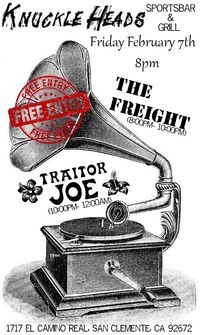 With Special Guest - The Freight 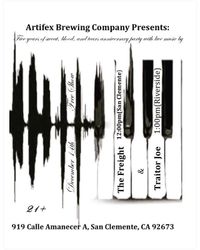 With Special Guest - The Freight

Traitor Joe is lifelong friends Oliver Jackson, Derek Obregon, and Jason Kamura. They grew up in Victorville, CA and started playing together in 2003 as The Phozteks along with another dear friend, Jake Rubio. The Phozteks dissolved in 2007 to allow everyone to focus on their own projects, playing in local bands like Tactics, Zero Tolerance, THC, Teals, and Set to Destroy.

In the summer of 2014, Derek and Oliver decided to join forces once again and started writing what would become the first few Traitor Joe songs. However, it wasn't until nearly a year later, when Derek ran into Jason at a party, that Traitor Joe was born. From the first few moments of the first rehearsal with Jason, the trio knew they had stumbled upon something special.

They recorded and produced their first demo in late 2016 completely independently and with entirely their own equipment. They continued that DIY trend with their recent release, Wowabunga!, once again recording at each other's residences and mixing in Oliver's laundry room.

Now based out of Ontario, CA, Traitor Joe loves playing to a few dozen people in places like hole-in-the-wall bars just as much as to a few thousand people at college festivals.